When athletes compete at the Olympics, their team uniforms serve to unite the whole team, provide some visual continuity and of course make it easy to tell what country Olympians are representing. However, at the 2012 London Olympics it seemed athletes upped their games and made extra effort to individualise their looks and stand out by showcasing some fabulous nail art. So will the 2016 Olympics see more amazing nail designs? Absolutely!

Will you be glued to the Olympics? If so, why don’t you show your Olympic Pride for your country on your nails. Here’s a little flashback from the London Olympics in 2012 to give you inspiration for this year’s Rio Olympics. 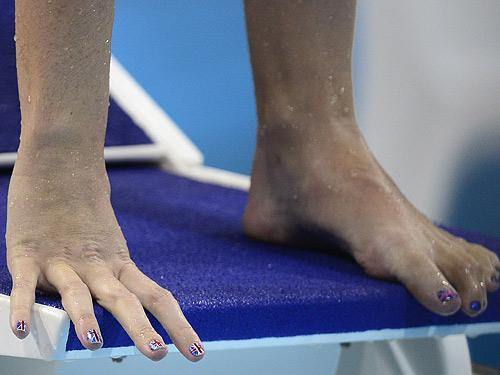 Rebecca Adlington showed off her matching Union Jack mani/pedi on the diving board at the women’s 400m freestyle final swimming event at the London 2012 Olympic Games – where she won bronze. 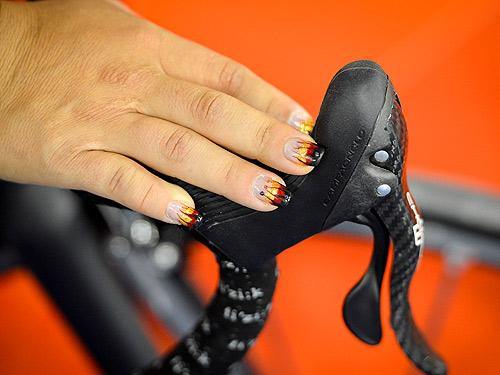 Kristina Vogel of the German track cycling team had her nails painted with the colours of her national flag during a training session at the Velodrome in the Olympic Park. 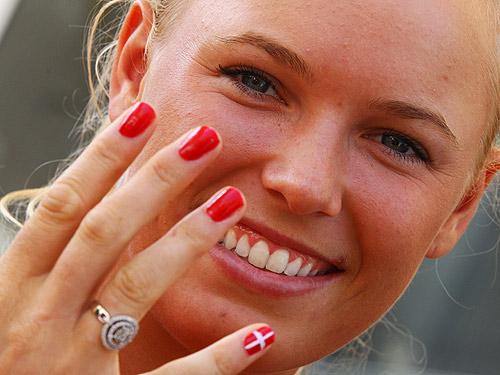 Caroline Wozniacki of Denmark arrived at the 2012 Olympics with these foxy red nails, complete with patriotic pinky finger. The tennis champ is known for her love of quirky nail art, often showing off cool nail art centre court. 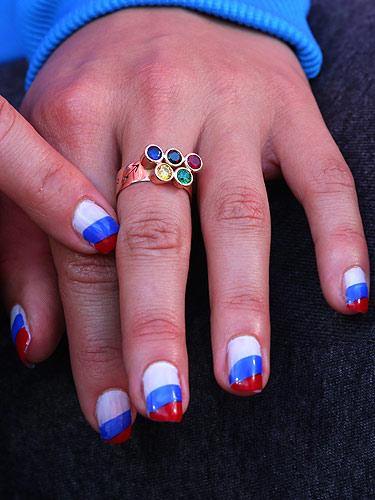 Olga Kurban from Russia, showed support for her country with these flag nails as she competed in the heptathlon. Olga upped her game with some Olympic themed bling as well. 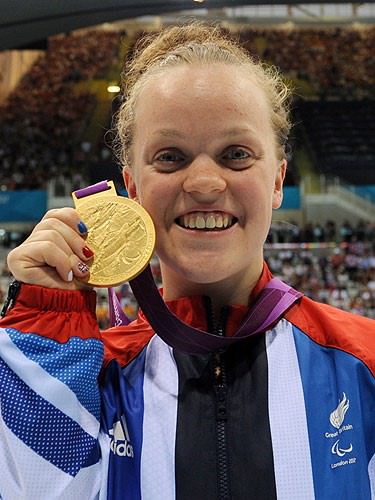 Showing her patriotic spirit, Ellie showed off her red, white and blue polish with a signature Union Jack. That’s one way to show off a gold medal in style. Same again this year Ellie?

Are you inspired by these patriotic nail designs? If so, take a picture of your Olympic nail art and use the hashtag #fingernails2go to appear on our newsfeed!