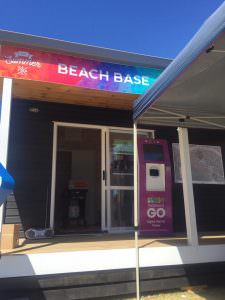 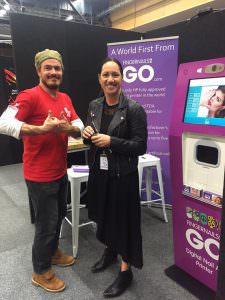 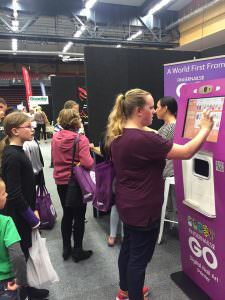 The start-up world is, as we all know, a fast moving environment. That sentiment is no less true for the team here at Fingernails2Go. As the profile of our innovative kiosk grows, so too does our client base. With so much going on in so many different locations around the world we understand it can be difficult for interested onlookers to get an accurate depiction of the Fingernails2Go brand.

With that in mind we are peeling back the layers and doing a short profile of our new distributor, based in New Zealand.

Doug Hoiles and his partner Nicki signed up for their FN2G journey during August of 2016. Since then, they and their team have been working tirelessly around the clock spreading the word and building the reputation of the Fingernails2Go NZ brand.

Let’s take a look at a few of the events

On Aug 26-27, Fingernails2Go NZ visited Tauranga Women’s Health and Lifestyle Expo with the hope of increasing brand awareness and establishing price points for their target market.

The event was a bustling one and the 1500 nails printed over the 2 days suggest the Fingernails2Go stand was grabbing the attention of passers-by. If the numbers suggest that the expo was a success, the feedback from the public goes one step further. To quote Doug himself

“100% of customers printed loved the Kiosk and the reaction to the quality of print was overwhelmingly positive.”

Doug was also pleasantly surprised when he found out that “all customers solicited were prepared to pay higher than our suggested retail price.”

Emboldened by the glowing testimonies of customers and the prospect of even larger margins than first imagined Doug, Nicki and the team marched onwards. Finding themselves staging a joint venture with Edge Radio Station at Mount Drury Beach, on December 30th 2016, the Beach-Side Nail Bar event was born.

The Beach-Side Nail Bar was and is likely to continue to be a success story over the coming years. Again a 100% customer satisfaction rate was coupled with the resounding declaration that customers would be happy to pay more.

Feedback aside, the Beach-Side Nail Bar event went a long way towards increasing brand exposure and setting the foundations for what will hopefully continue to be a mutually beneficial relationship with the local media, specifically Edge Radio Station.

The ripples of the Beach-Side Nail Bar event can already be seen, as an opportunity for Kiosk placement at the largest University in the Bay Of Plenty/Waikato area has appeared for February 2017. The marketing manager of the University was so impressed with the Kiosk that the move was made, in conjunction with local radio support, to request a Kiosk for placement on campus. An interesting development to say the least, a university campus may not be the first location you think of when you think Nail Art, but then such is the appeal of the Fingernails2Go kiosk that it is likely to succeed in places you might not expect.

Doug and the team don’t seem to be having too much trouble accessing the more conventional locations either. January 23rd is a provisional date for a 3 month trial period in the busiest shopping mall in the Bay of Plenty area, Bayfair Mall. Given the reception of the kiosks to date, there seems to be no reason why this trial won’t exceed expectations and lead to a multitude of mall concourse locations across New Zealand.

With Doug and Nicki at the helm we have no doubt our next blog visit to New Zealand will have as many exciting developments as this one. As interested parties continue to enquire about the Kiosks availability and access, Fingernails2Go NZ can be quietly confident about the future.